Dashing Devotional~ Have You Believed a Lie?

When I was about 14 years old I was the ‘typical’ teenage girl. I enjoyed sleepovers with my friends, flirting with boys, and I was even on my high schools cheer team! I was pretty carefree, much like a teenager should be...Until one day, that sense of being 'young and free' suddenly came to a screeching halt when a boy came up to me at school, and handed me a picture he drew. It was a picture of the backside of a woman who was severely overweight, and busting out of her clothes. (Take note, I was a pretty average size teen at the time).

As I sat there looking at the drawing, I still remember the words that came out of his mouth... He looked at me laughing and said, “I want you to know that that is what you look like from behind.” It was at that very moment that I suddenly went from a ‘carefree’ young woman, unaware up until that point of my body, to believing a lie that would have me in a bondage for the next 8 years of my life.

From the age of 14 to when I was 21 years old, I began down a road of eating disorders, that would manifest themselves in different forms. As I attempted to control my weight I ran from one thing or another, and as I did, my weight fluctuated from extremly low, to high, and everything in between. However, It never really mattered what I weighed, because the weight was just a reflection of what was taking place in my heart.

You see, at the very moment that boy showed me an image of what he thought I ‘looked like’ I set out to control the very area of my life where I had accepted a lie. I didn’t realize it at the time, but at that moment satan was using an person to instill a lie into my mind.The bible says in John 8:44 that satan is the father of lies. His purpose was to make me believe a lie, so he could use it to carry out his plans for my life, to kill and destroy me.

But God had other plans for my life, and I am so very thankful that His plans for me are to prosper me, and to give me a hope and a future! 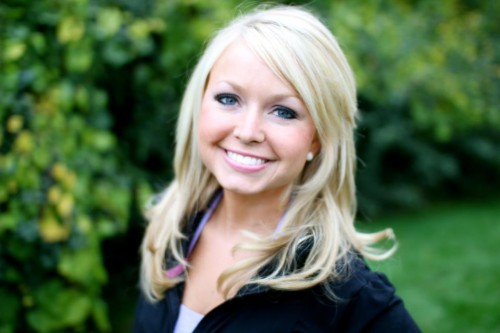 After many desperate attempts to find freedom on my own, I finally came to a place where I realized that I was not living the abundant life God had talked about in His Word. I saw in 3 John 3:2 that God wished above all else that I would enjoy good health and that I would prosper. I knew that I was not experiencing the health or prospering of my soul that God was desiring for me.

I started to read the bible more and more, and see that He had so many promises that related to living in peace, joy, and freedom. I knew that I wanted to experience these things, especially in the area of my eating habits and my weight, but I didn’t know how to realistically get what was on the pages of the bible to manifest in my life.

As I began to seek God on this subject, He began to reveal that the changes I was hoping for on the outside truly had to begin on the inside of me. The change had to take place in my mind, and my heart, before it would start to show in my physical body.

My path to freedom began as I began to surrender my life, and everything in it to the Lord. I first of all had to release the control of my body over to the one who created it! I figured that if He made me, than He certainly knew how to take care of my body better than I did!

The next step, was renewing my mind. Once I realized that the mess I was in for many years of my life all began by believing lies....I knew that I would have to renew my mind with the Truth...which is the word of god in order to truly be set free and experience true joy and peace.

I started renewing my mind by asking God to show me who he created me to be, in His Word. He led me to 1 Corinthians 10:31 which says, “whether you eat or drink, do it all for the glory of god”. I knew then that He truly did care about every area of my life, even what I ate and drank! I also knew that I wanted to do what the second part of this verse says, which was to give Him glory with my body and how I treated it!

He also led me to the verse in Matthew 6:25 that says, "Do not worry about your life, what you will eat or drink; or about your body." I realized that I had spent years believing the lies satan would flood my mind with...Which led to a life controlled by fear and worry about food, my weight, and how I looked. That didn't mean that God wanted me to stop taking care of myself all together, but He did want me to stop having anxious or fearful thoughts about food and my body.

After God had begun the transformation in my heart and mind, I sought God on how to balance it out by taking care of the physical part of me. I sought Him on every area of my health, including how much I should exercise, what and how much I should eat, and even how much i should weigh.

I can now honestly say that I am completely FREE! I'm free  from any disordered mindset about my food, my body or my weight... And it is only because I surrendered them to the Lord, and I was transformed by the renewing of my mind. I tried many other routes to freedom, but He is the only way. The neat thing is,He not only helps you get out of your mess, but He RESTORES what was broken, and gives you back the time that was lost in such an awesome way!

It’s truly amazing to stand back and see what the Lord has done in my life as I surrendered (and continue to surrender) anything and everything He shows me to give over to Him!  God has taught me so much that I find myself enjoying food, listening my body, and feeling more free than I ever thought possible because of His leading!

The neat thing is…That’s how faith works with everything! The more you give over over to God, and trust Him, the more freedom and joy you find! It might not make sense at all to your brain, (it’s not supposed to…It’s faith and trust!) But suddenly you wake up and realize you are more free, than you ever could have been based on doing things your way!

This is true for each and every one of you as well. Whether you’ve been facing an ongoing issue with your weight, or you find yourself living in bondage to anything, or you even have past hurts that just don't seem to heal, know that God has a life of freedom provided for you filled with joy,  peace,  and freedom.

If we begin by recognizing that we need him, and surrendering control to him, he can heal, mend and repair any brokenness better than we ever could in our own strength. The next step is to realize areas that we have believed lies in the past, and begin to renew our minds with the truth of the word of god...because it is that knowledge of truth that ultimately sets us free. God will do a good work in you, and change you from the inside out as you pursue and seek his will for your life.

Remember, there is an enemy that is real, and he comes to steal kill and destroy us, and he does this by planting lies into our lives...But the good new is, Jesus came so we could have abundant life! The only thing standing in the way between the plans satan has for you, and the abundant life jesus provided, is your choice to surrender everything to Him, and renew your mind with his love letter to you.

Have you believed a lie in some area of your life? (Know that lies can come in the form of a person saying something, or even in your own internal thoughts.) If you have received anything less than what God promises in His word, which is an ABUNDANT life (John 10:10), then there is a chance you have. Recognize the source of that lie and refuse to take it anymore! Let God renew your mind with His truth and begin to believe what He says about you starting today!

I'd love to hear your thoughts!

Nourish: Discover God's Perfectly Balanced Plan for Your Body and Soul Encouragement and practical knowledge for living a healthy spiritual & physical lifestyle, inspiring you to get healthy from the inside out.

Devotions for a Healthier You A devotional filled with scriptures, encouraging stories, and tips on keeping a healthy mind, body, and spirit.

Membership
Not a member? Learn more about our membership ›
Forgot your password? Click here to reset it.